Allantoin For Skin And Hair – A Complete Guide 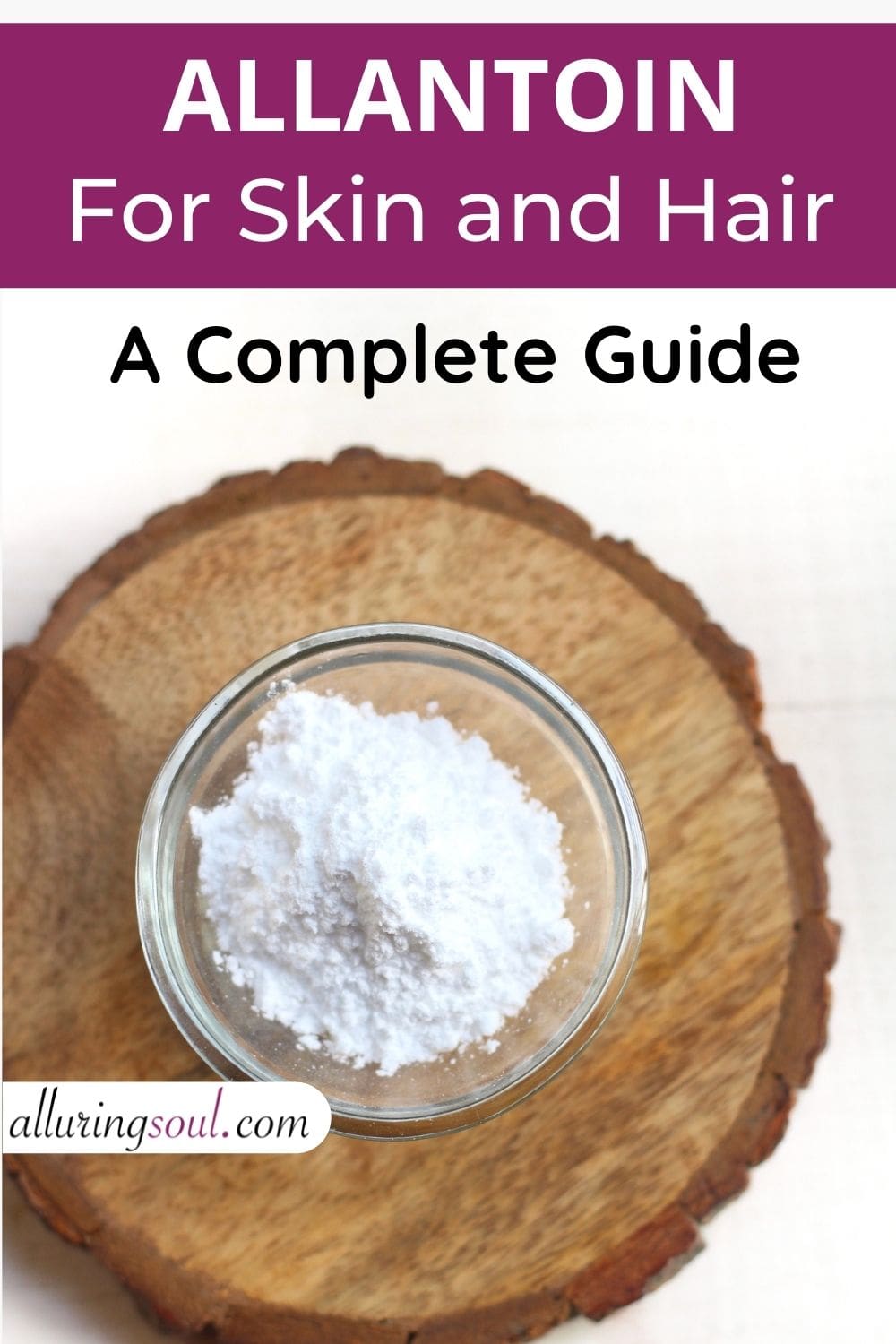 Allantoin is one of the most important ingredients in any skincare product. Although you probably have not heard the name of this ingredient ever, it is very commonly available in nature, in both plants and animals. Allantoin is a multifunctioning ingredient. It can moisturize the skin, exfoliate it, and even soothe irritated skin.

Let’s take a look at what is allantoin and how it can help to improve skin and hair quality.

Derived from the comfrey plant, allantoin is best known as a moisturizer and exfoliator in skincare. It helps to boost skin cell turnover and heals dry skin.

Allantoin is produced in all animals as a byproduct of the oxidation of uric acid. Allantoin can be extracted from several plants such as beet, tobacco, or chamomile. However, for cosmetic purposes, it is mostly prepared in laboratories.

Due to its moisturizing and keratolytic effect, allantoin finds its use in numerous cosmetic products. It is also used for pharmaceutical purposes and hygiene products, mouth wash, toothpaste, etc.

Appearance – Allantoin is odorless and appears as a clear, crystalline powder.

Usage Rate – Allantoin is required in very small amounts in cosmetic formulations. The FDA-approved usage rate is between 0.5-1%. However, over-concentration of 0.5% allantoin recrystallized to form sharp beads that can feel abrasive on the skin.

Solubility – Allantoin is soluble in water up to just 0.5%.

What Are The Benefits Of Allantoin For Skin?

Allantoin has seen rising popularity in skincare due to the wide range of benefits that it offers. It can act simultaneously as a moisturizer as well as an exfoliator. The numerous ways in which allantoin can benefit our skin are as follows:

1. The major reason why people use allantoin is its moisturizing abilities. Allantoin can lock the moisture and keep the skin smooth.

READ  Benefits Of Panthenol For Skin : A Complete Guide

2. Although allantoin cannot directly control acne, it does impact the frequency of breakouts on the skin. Providing adequate moisturization, it can control the rate of sebum production and consequently reduces acne.

3. Another important benefit of allantoin is that it can hydrate the skin. Due to its keratolytic property, it can prevent TransEpidermal Water Loss (TEWL). Allantoin can replenish the water content of the cells and keep the skin plump and hydrated.

4. Allantoin is also known for its exfoliating property. It can remove the outer layer of dead skin cells, promote the generation of new cells and the formation of collagen.

5. The complexion and texture of the skin can also be improved through the use of allantoin. It promotes cell proliferation and fastens the process of transfer of new cells from the lower layers to the surface. This prevents the skin from becoming dull.

6. Another reason why allantoin is used is its soothing ability. It can heal small scars and wounds on the skin and soothe rashes and infections.

What Are The Benefits Of Allantoin For Hair?

Not only just skin but allantoin also offers solutions to various hair and scalp problems. The following are the ways in which allantoin can promote healthy hair:

1. Allantoin has a keratolytic effect on the scalp and hair. It softens the keratin, improves its elasticity, and prevents hair from feeling rough or dry.

2. Allantoin moisturizes the hair and makes it feel soft and lustrous. By adding allantoin to shampoos and conditioners you can achieve a glossy effect on your hair.

3. Allantoin has an exfoliating effect on the scalp. It washes off the layer of dead cells and can prevent their build-up.

4. Allantoin is also found effective against dandruff. Due to its anti-inflammatory properties, allantoin can soothe the irritated scalp and fight skin concerns like eczema. Allantoin is naturally found in plants like beet and chamomile, as well as animals and microbes. However, the allantoin that is used for cosmetic purposes is manufactured from uric acid.

Allantoin that is used in cosmetic formulations can be sourced in various ways. If it is synthesized from uric acid, which is produced in animal cells, then it is not vegan. But if the allantoin is extracted from plant sources, then it can be considered a vegan product.

What Is The pH Of Allantoin?

The range of pH in which allantoin is stable ranges from 3 to 8. Allantoin itself has a pH of 7.

What Is The Shelf Life Of Allantoin?

Allantoin is hygroscopic. This means that it can absorb moisture from the atmosphere. If it is stored in a cool and dry place, then allantoin lasts up to two years. It is generally considered a good idea to double wrap the container of allantoin in a package to increase its shelf life.

Is Allantoin Good For Acne?

Yes, allantoin is good for acne-prone skin. Allantoin has no direct effect on the cane. But it moisturizes the skin and limits the amount of sebum produced. Since acne is caused due to excess sebum production, allantoin can indirectly reduce acne.

How Much Allantoin Do You Put In Lotion?

The FDA-approved concentration of allantoin is from 0.5 to 2%. But it has been noticed that if the lotion contains more than 0.5% allantoin, then it can crystallize back into tiny shards and feel rough on the face or body.

What Does Allantoin Do To Your Face?

Allantoin has various benefits on the face. It can hydrate the facial skin, exfoliate the layer of dead cells, and soothe any irritation on the face.

Yes, allantoin helps to get clear and bright skin. Allantoin can exfoliate and remove dead skin cells and promote the regeneration of new cells faster than before. This improves the complexion and lightens the skin considerably.

Does Allantoin Work For Scars?

Yea, allantoin is found to be helpful on scarred skin. It can soothe the scars and help them to heal faster.

Is Allantoin Good For Sunburn?

Yes, allantoin is good for sunburn. Allantoin has soothing properties. If you apply allantoin-based products to the area affected by sunburn, it will have a calming effect on that area and reduce the redness. With its ability to generate new cells, allantoin can effectively reduce the damage to the skin caused due to sunburn.

Is Allantoin Good For Wrinkles?

Yes, allantoin helps to minimize fine lines and wrinkles. Allantoin has the ability of cell proliferation. It encourages new cells from lower layers to reach the surface. Simultaneously, it can promote collagen synthesis. Both these factors coupled together help in reducing wrinkles.

Can I Use Allantoin And Niacinamide Together?

Yes, you can use allantoin and niacinamide together. This combination is useful for treating acne.

Niacinamide controls the oil production by the sebaceous glands on the skin and reduces breakouts. Simultaneously, allantoin works on moisturizing the skin without clogging the pores. Together, they can keep the skin smooth, plump, and without any acne.

What Percentage Of Allantoin Is Effective?

Allantoin is a very effective ingredient. It is active in concentrations of 0.5 to 2%.

READ  5 Ways To Use Frankincense Oil For Wrinkles

Is Allantoin Good For Eczema?

Yes, allantoin is good for eczema. Allantoin has the ability to soothe inflamed skin very well. This is particularly useful for people suffering from eczema as it can soothe inflammation and irritation very well.

Yes, allantoin is used in many ointments for its healing properties. It can soothe the skin and reduce any redness on it.

Is Allantoin Safe For Hair?

Allantoin is absolutely safe for hair. It is used in hair products because of its ability to make hair soft, elastic, and smooth. It moisturizes the scalp and helps in removing the layers of dead skin cells that accumulate there.

Is Allantoin Good For Curly Hair?

Yes, allantoin is good for curly hairs. Allantoin-based products are widely used in shampoos and conditioners for curly hair. This is because allantoin can moisturize the hair and improve its texture. It helps the curly hair be bouncy, soft, and lustrous.

What Are Allantoin’s Side Effects?

Allantoin does not have any significant side effects. Some people may notice slight stinging, redness, or irritation on the application of allantoin-based products. You can discontinue usage of allantoin if the irritation persists. Just like other OTC products, it is recommended to perform a patch test with allantoin before including it in the skincare routine.

Table Showing Properties Of Allantoin For Hair And Skin – 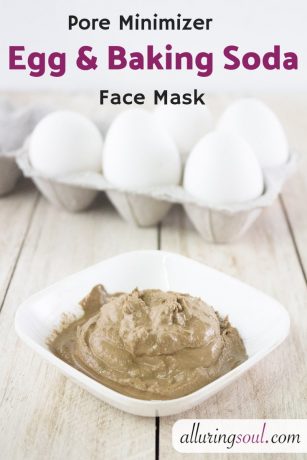 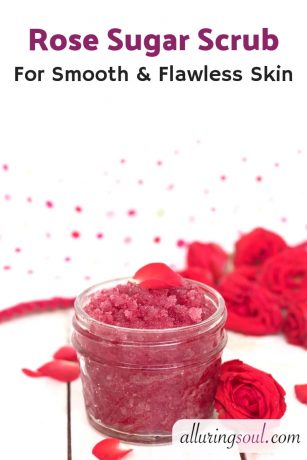 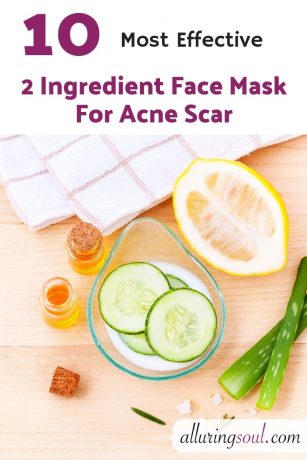